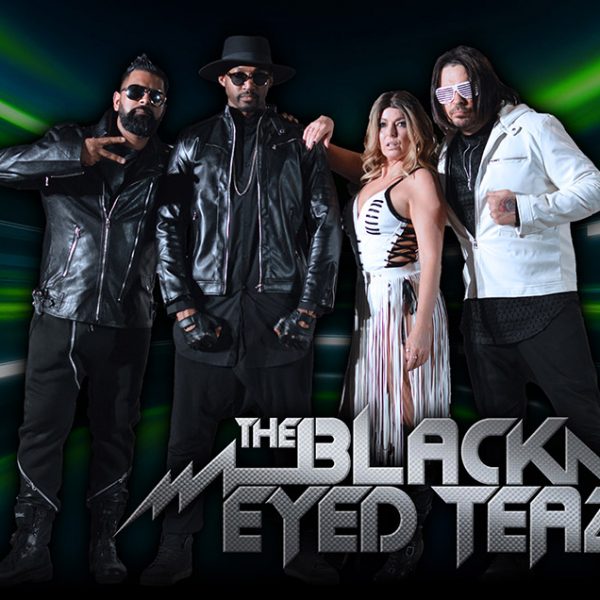 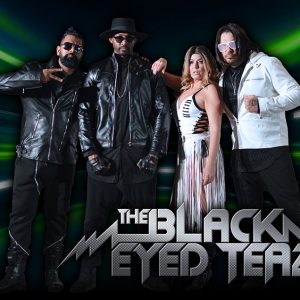 Formed in 2010 these the Teaz have been on a rollercoaster journey that has seen them perform all over the UK and World.

The Black Eyed Peas have had countless hits from the early pop/hip-hop of WHERE IS THE LOVE? to the ELECTRO rhythms of DON’T STOP THE PARTY & I GOTTA FEELIN with the latter being the most downloaded song of all time and a guaranteed floor-filler at any event. These guys replicate the sound and look of the band perfectly, prompting quite a few punters at a gig in London once to squeal, “Oh my god they have the Black Eyed Peas onstage!!!!”.

Many tributes get the look or the sound right but seldom both, especially in the case of a band but that’s not the case with the TEAZ. The band has 4 accomplished performers who are each a frontperson in their own right and with fabulous costumes being updated constantly and new songs being added the show is always fresh and up to the minute.

The Peas are as popular as they have ever been and WILL.I.AM’s profile has also soared thanks to his stint on popular TV show, THE VOICE.

The Teaz have played all over the World and now come to Aldershot with their live band.

So get ready to ROCK YA BODY’s , I GOTTA FEELIN you’re gonna love this show.