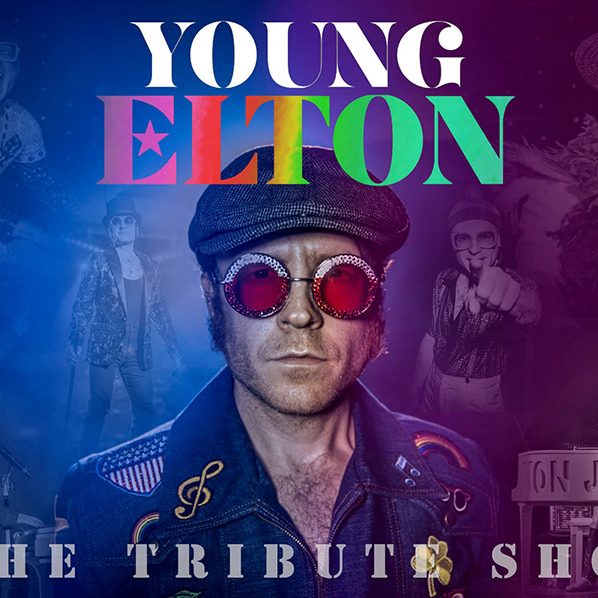 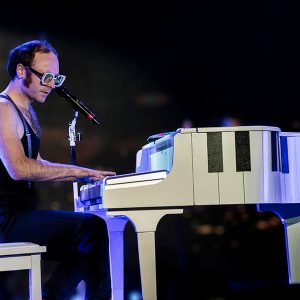 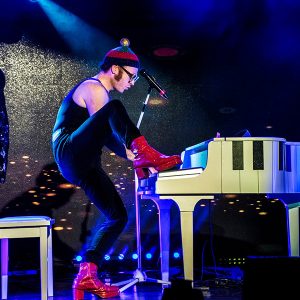 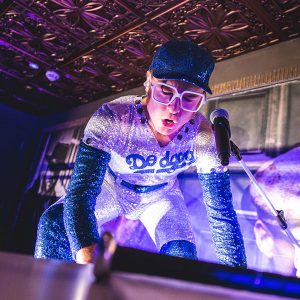 Bring your feather boas and platform boots and prepare yourself for this electric, eccentric tribute to Sir Elton John. Don’t miss Young Elton – The Tribute Show as we take you BACK down the yellow brick road to the 1970’s in this immpresively fine tuned production.

The show features Tom Weston, LIVE on the piano, recently back in the UK after 10 years onboard some of the world’s largest cruise ships with Royal Caribbean as THE PIANO MAN.

Hammering away on a grand piano which ILLUMINATES the moniker Elton John, Tom will take you on a musical journey which spans SIX DECADES, 30 studio albums and 300 million records sold worldwide.

The iconic hits include Rocket Man, I’m Still Standing, Bennie and the Jets, Your Song, Crocodile Rock, Pinball Wizard and many many more.

As well as performing as The Piano Man onboard Royal Caribbean’s liners Tom also worked as Vocal Director, directing the huge scale glamorous productions you see onboard. Everything from sound and musicians to lighting and costumes. Tom draws on this valuable experience in every single detail of Young Elton – The Tribute Show and it really is a show you will not forget.

With first class vocals and incredible stage presence you will truly be transported to the LA Dodgers Stadium in the autumn of 1975 as Tom pays tribute to the superstar that is Sir Elton John.

El Sheeran – A Tribute to Ed

The Freddie and Queen Experience