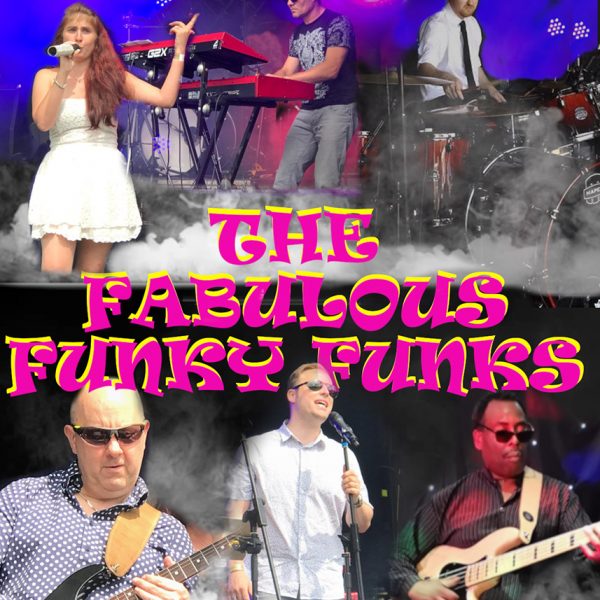 The Fabulous Funky Funks are an energetic Funk and Disco band that have been spreading the groove since 2009!

The Funks have a back line that’s always on fire and are fronted by two powerful, soulful singers that will blow your minds!

Built up of talented session musicians who have performed in some very prestigious venues such as The Albert Hall and The London Palladium!

The Funks have performed abroad and have even appeared on TV!

Heavily influenced by great artists such as: Jocelyn Brown, Michael Jackson, Stevie Wonder, Prince, Jamiroquai and many many more!

Play that Funky Music with The Funks!

Bruno – A Tribute to Bruno Mars